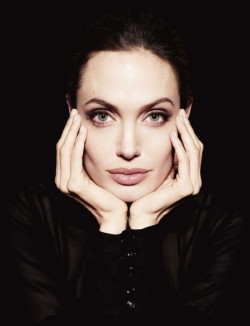 Okay, the headline is a bit of an exaggeration, but not entirely. Angelina Jolie has just come out with a new movie about the Bosnian war that she wrote and directed, In the Land of Blood and Honey. She’s being sued by an obscure writer who accuses her of stealing the plot of his book about Bosnia. In an interview published yesterday by The Los Angeles Times, Jolie said she had never seen the aggrieved writer’s book and had relied on other books for inspiration, including (yes, yes) Love Thy Neighbor. I had no idea about this until a reporter for TMZ called today to ask whether I had any problems with Jolie’s use of my book. Of course I’m delighted. It gives me an excuse to post a picture of her on my otherwise non-glamorous blog.