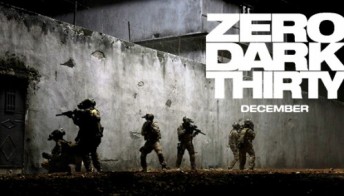 Much of the pre-release debate about “Zero Dark Thirty” has focused on whether it portrays torture as effective, in the sense of prying information out of al Qaeda suspects. Yes, the movie conveys that view, and I think it’s inaccurate. Many experts, including key senators who oversaw an extensive congressional investigation, have concluded that torture did not play a significant role in finding bin Laden, and that torture in general is a counter-productive way to get information from prisoners. But the heated debate on torture misses what’s far more important and troubling about a film that seems destined for blockbuster and Academy Award status. “Zero Dark Thirty” represents a new genre of embedded filmmaking that is the problematic offspring of the worrisome endeavor known as embedded journalism. My latest story, published by The Atlantic, asks whether we are getting the myth of history before getting the actual history. Click here or here for the story.