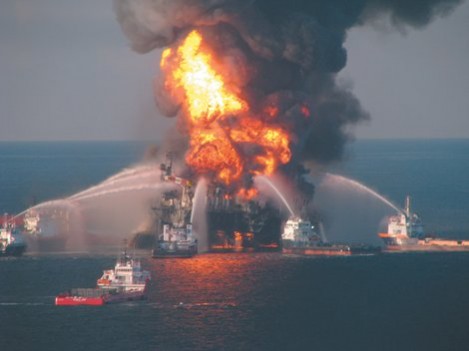 Remember the BP oil spill in the Gulf of Mexico? Last year it captivated America’s attention as nearly five million barrels of oil gushed into the water, but once the runaway well was capped, the outrage faded away. As I write in a story in The New York Review of Books, drilling has resumed in the area, tourists are back on the beaches, and even Tony Hayward, forced to step down as BP’s CEO, is back in the action, running a multi-billion dollar investment fund. But a spate of reports and books provide a trove of data that reveals how the oil and gas industry remains as unaccountable as the too-big-to-fail banks that brought on the financial crisis of 2008. The BP disaster revealed the same problems—lax government regulation, corporate profits despite the risks, a fawning press—that characterized the financial meltdown. Big banks and big oil have more in common than their size.