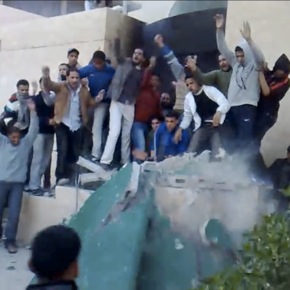 The world’s first icons, predating the era of mass reproduction, originated in times when it was at least theoretically possible to smash every painting of a religious figure or tear down every statue of a potentate. That’s no longer possible. As the uprisings in the Middle East show, the ubiquity of cell phone cameras, along with the eternal life the Internet grants to digital imagery, is reshaping the form and impact of political iconography. Hosni Mubarak will not be the last dictator to suffer the consequences. My thoughts on the subject are in a video-studded posting at NewYorker.com. The text-only version is here.