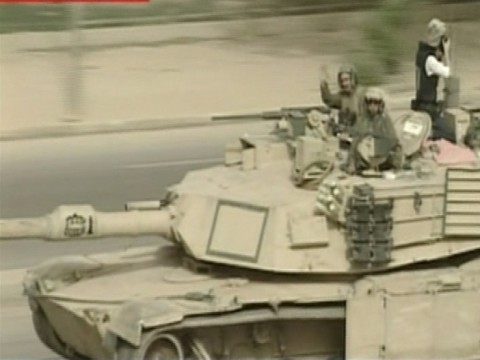 The Marines who were ordered to seize Firdos Square were not entirely sure how to get there, so they asked a photographer to show them the way. These screen shots, taken from a TV video of the first tank entering Firdos Square, show the photographer, Jan Grarup, on the tank’s turret.
Correction: The photographer was Markus Matzel, a German. 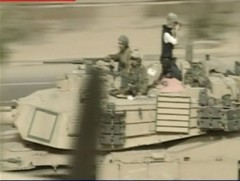