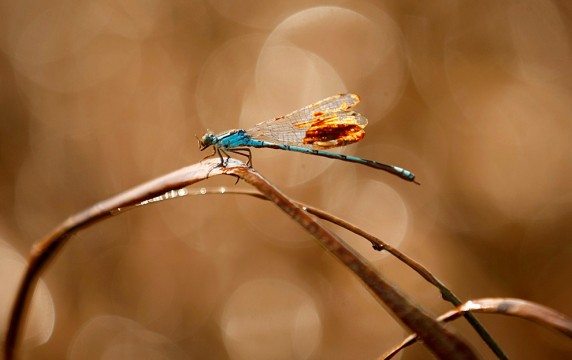 A dragonfly tries to clean itself as it is stuck to marsh grass covered in oil from the Deepwater Horizon oil spill, in Garden Island Bay on the Gulf Coast of Louisiana. (AP/Gerald Herbert)